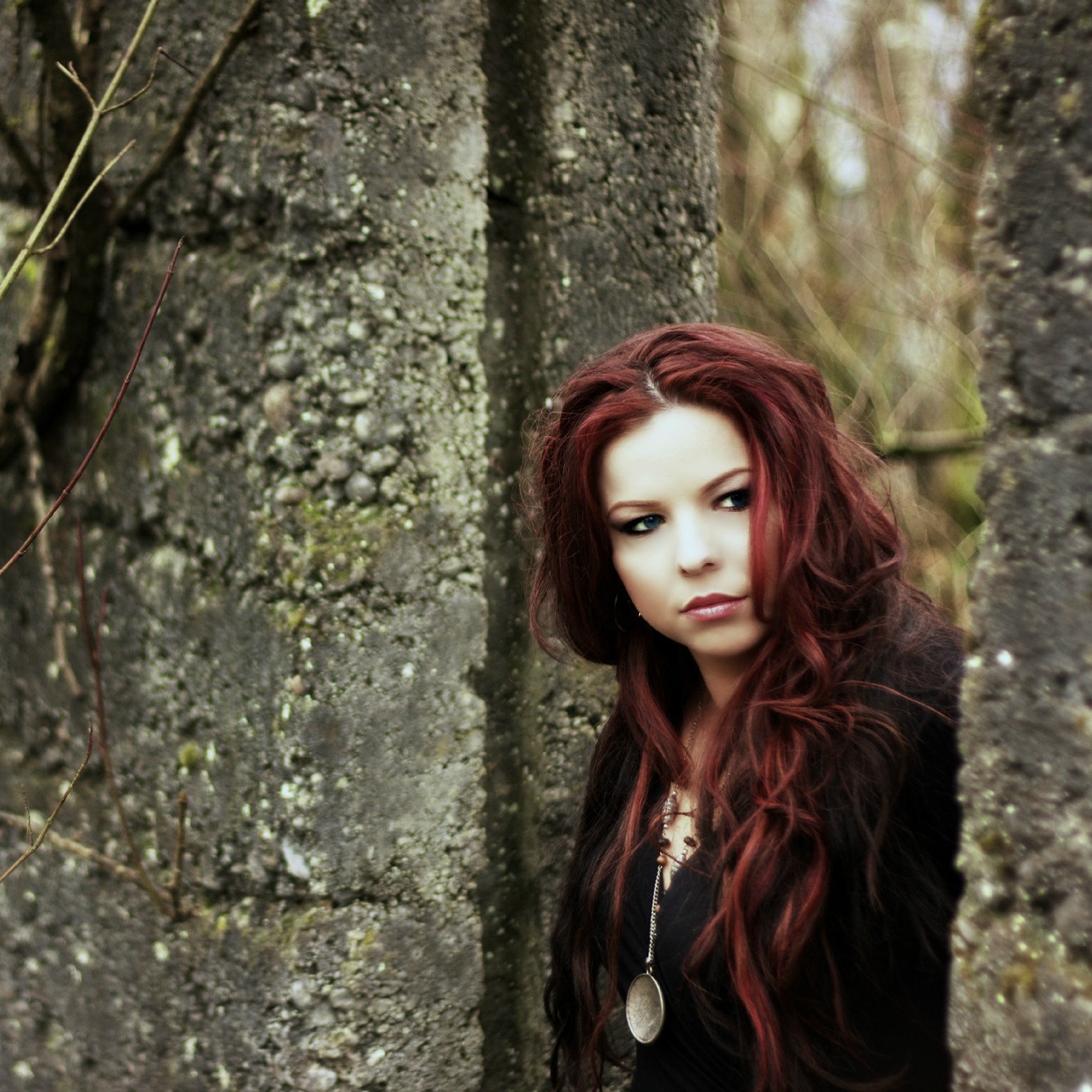 From a small, obscure town in British Columbia a mother is juggling the raising of small children while writing and recording her first album. She has no fans. She has no support. She chooses to do it on her own forsaking record labels or the traditional music industry paths. And because she’s caring for her small brood, she’s going to limit herself to only being a recording artist. In other words, she won’t leave her children to be a touring musician.

Nothing short of vision, faith, and ambition can explain the courage to attempt such a thing and anticipate success, but Leah McHenry grew up in a home where entrepreneurship and hard work were celebrated and practiced. To launch out independently is simply in her DNA.

That was in 2012, and now after several successful album releases—and growing a worldwide audience of hundreds of thousands of fans—Leah shows no sign of decline. In fact, she believes she’s still only beginning. 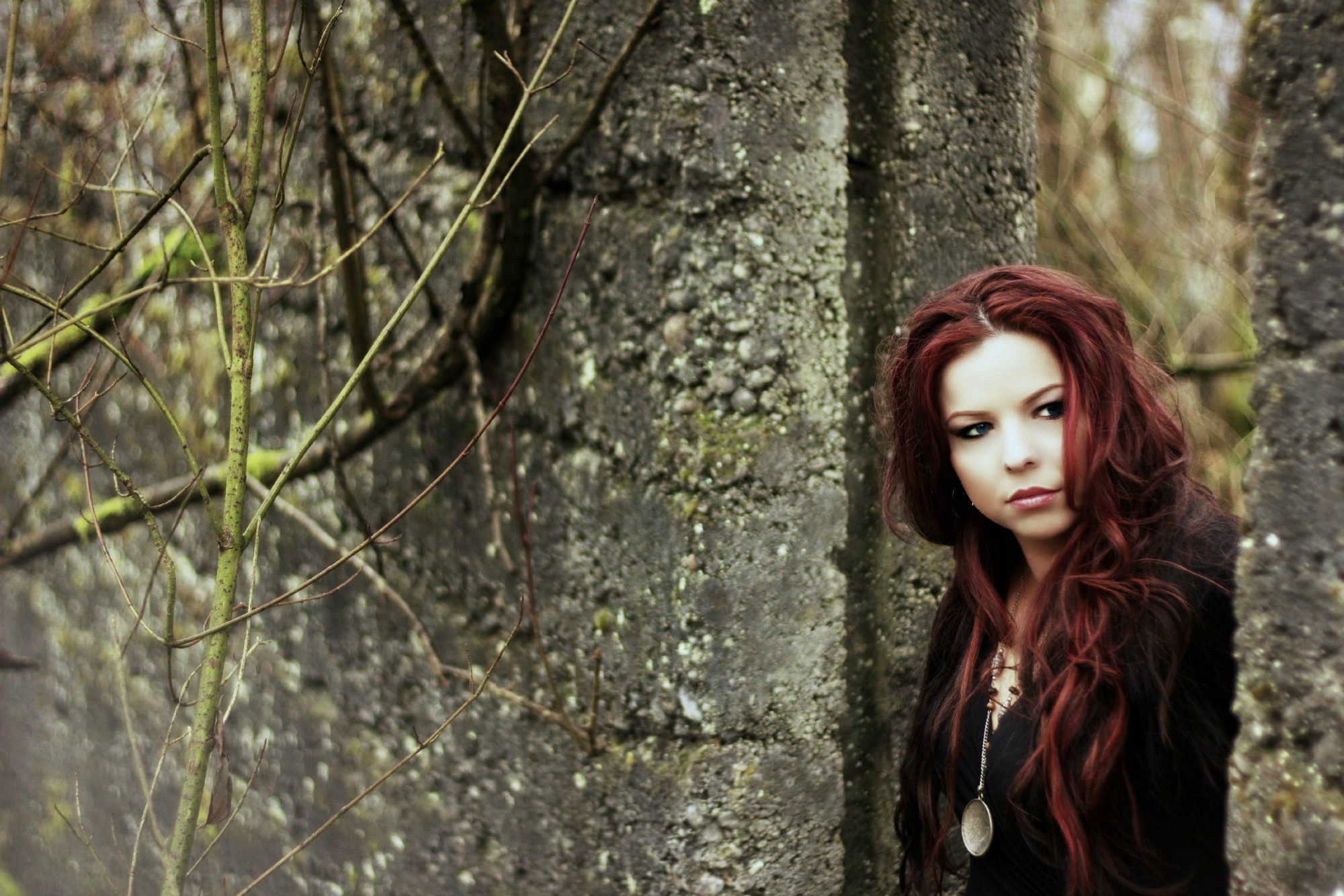 Surely such a success story must mean Leah is churning out albums full of radio-friendly pop music, but that assumption would be wrong. Her chosen musical genre is as obscure as her background. She writes Celtic fantasy metal, and if you don’t yet grasp what that is, just think, Leah is the heavy metal version of Enya.

“In my teen years, I really got attracted to heavy metal, and also Celtic artists such as Enya, Loreena McKennitt, and then legendary singer, songwriters like Sarah McLachlan and Tori Amos.”

Added to this is the fact that Celtic music is in her blood since her family heritage finds roots in the British Isles and the Celts. Like her fans, Leah is fascinated by the legend and lore of Celtic fantasy and that passion fuels her music.

“Inspiration often comes from places I’ve been, photos, and fantasy films and TV shows. I tend to bank it all up and then it comes out one day while I’m doing something mundane like doing the dishes.” 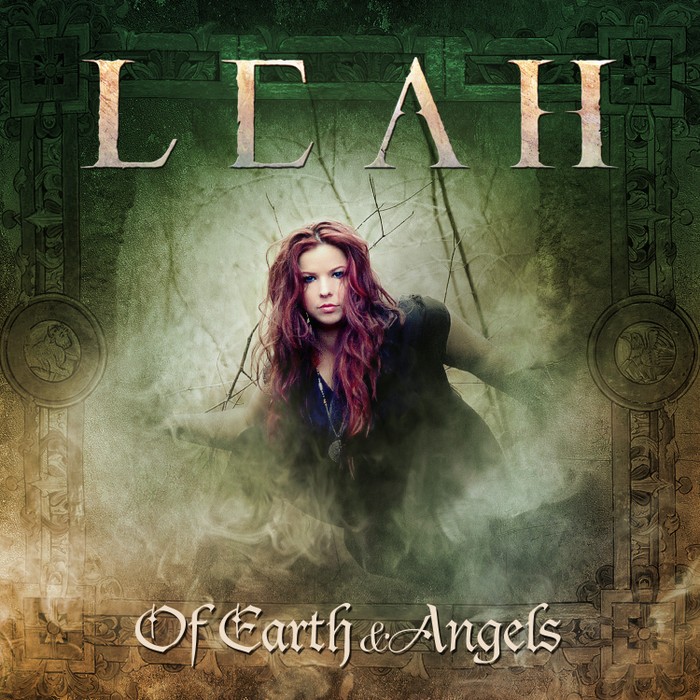 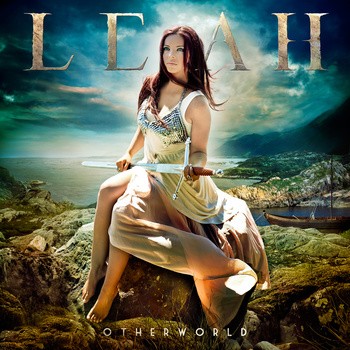 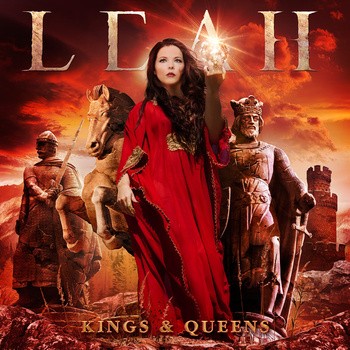 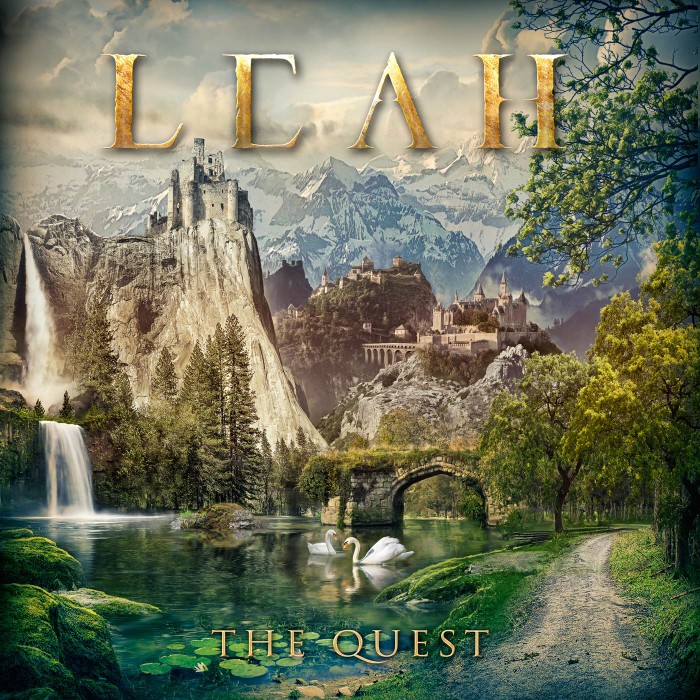 Leah’s ethereal songs and powerful vocals set her apart as a “Celtic Metal Songstress,” and her professional execution enabled her to attract popular metal artists to contribute to her albums. Members from well-known metal bands such as Nightwish, Delain, Orphaned Land, and Testament can be heard throughout Leah’s recordings, and her respect amongst her peers is growing not only because of her music but also because of her success in marketing herself.

When she began in 2012, Leah knew the music she wanted to write, and then she set out to find an audience online. She had no other option. Isolated in the rugged terrain of British Columbia meant that her transformation would rely upon reaching an interconnected world on the internet and social media.

But how? How does an independent recording artist reach such a specific group of people who love fantasy related interests? This presented a new problem for Leah. She was a mother and a songwriter. She wasn’t an online marketer, but this is where her “do it yourself” attitude kicked in again.

She threw herself into studying the latest techniques of online marketing drawing from popular marketing gurus in the online space. She gobbled up what she could from their free material and then invested money for paid courses. She learned quickly, and by constant trial and error, she finally saw sales of her music and merchandise.

And she did this all while her and her husband struggled to make ends meet, and to this day—despite her success—their daily routine hasn’t changed much. Leah continues to homeschool her five children while running her music business with the help of her husband Steve and even traveling the world for months as a family while never sacrificing a single responsibility of home life or business. How does she do it? She doesn’t separate life from work. She integrates them. 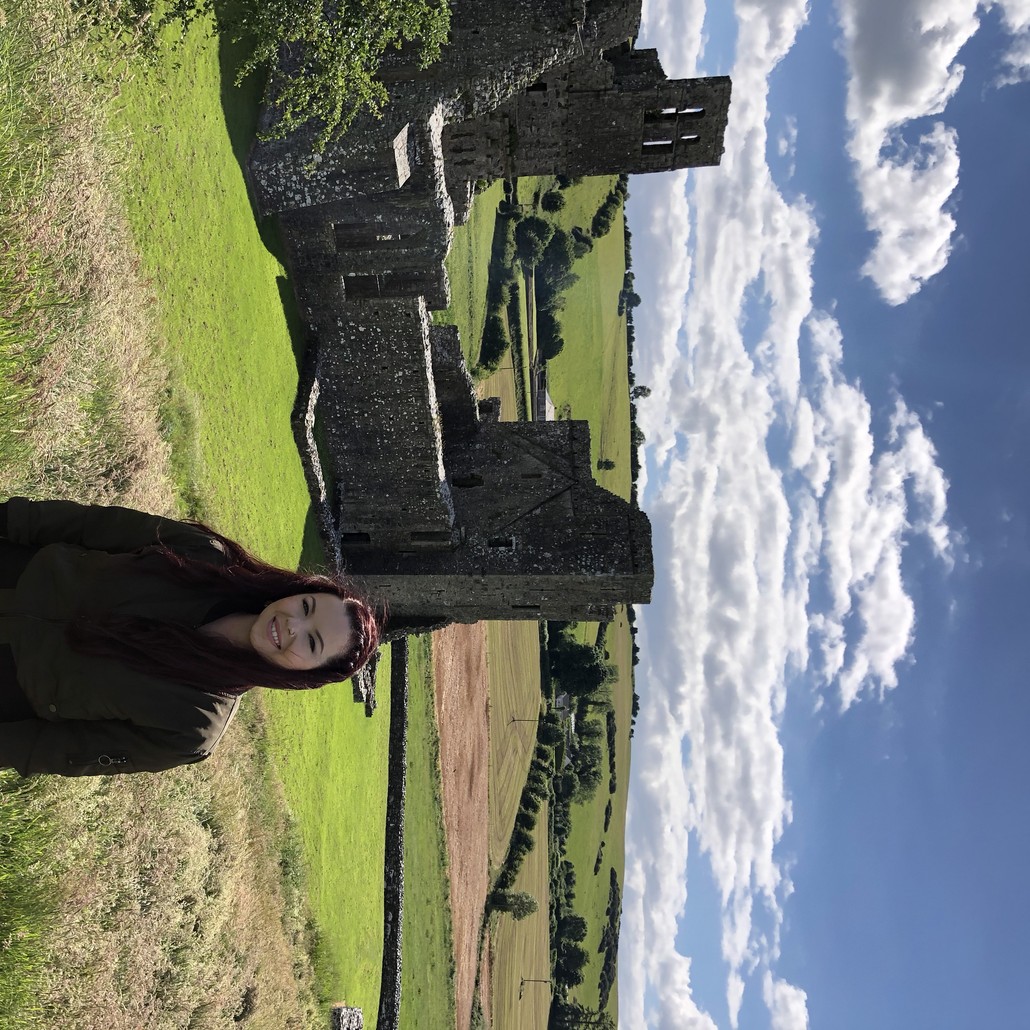 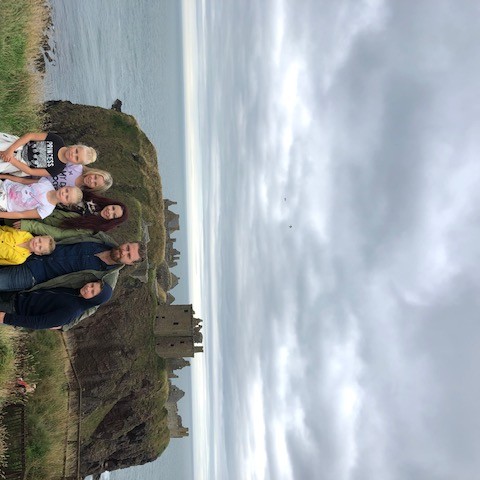 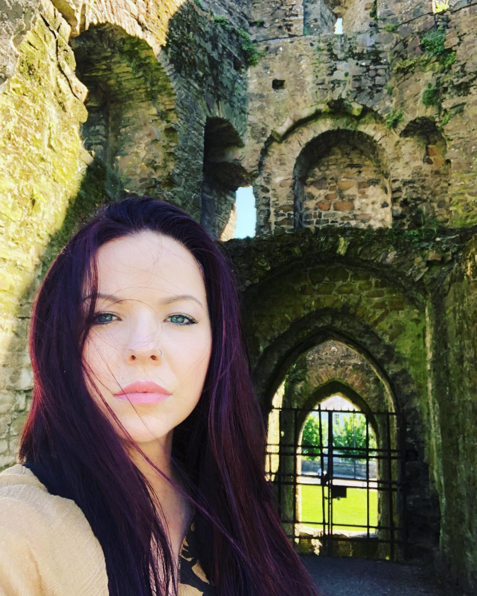 There Are No Limits When There’s Vision

It sounds like such an unlikely story, but it’s exactly the type of story one finds in the legend and lore of fantasy. It’s the unlikely person who embarks on what the mythologist Joseph Campbell referred to as the “hero’s journey,” and becomes something more than they were. Leah was such an unlikely candidate if one were to look solely upon her circumstances. Yet, inside her was all the untapped potential waiting to be discovered, and the key was to move past her fears with faith and confidence stopping at nothing.

She didn’t know what she would find. She had no idea how she would be received. Such an endeavor is intimidating enough and choosing a finicky genre like heavy metal only compounded her trepidation.

“I always thought it was very ‘un-cool’ for me to be a metal artist with a bunch of kids. I thought, ‘who’s ever going to listen to my music?’ In a way, it allowed me to be completely free to create the music I really wanted since I figured no one would pay attention. It turned out that people loved it. I was blown away. Now I was suddenly the weird homeschool mom who makes Celtic Metal music.”

But through it all, Leah also found a teaching tool for her children. Along with her husband Steve they live an independent life and exemplify the entrepreneur lifestyle. By being with her children everyday, Leah can impart her own life and business principles by making the world their classroom. She says, “I feel one of my jobs as a mother is to help my kids discover their natural gifting and I help foster that in any way I can.”

The story doesn’t end with Leah as a successful online recording artist. Being the natural visionary and entrepreneur, she took another huge step by selling her music marketing methods to hungry musicians that were intrigued by her success. In 2015, Leah launched the Savvy Musician Academy where she offers courses and coaching on how to market your music online, and she recently created an elite course for the most serious artists who are ready to dive deeper into doing what she does. Leah also hosts the leading podcast on digital marketing for music.

There truly is no limit to what Leah desires to accomplish. She sees herself as a visionary, and she continues to surround herself with staff, associates, students, and colleagues that can help her implement her vision. Her story is about climbing out of obscurity by maximizing her talents, abilities, and experience to serve her dedicated fan base. She’s an example of what’s possible when so many are saying it’s impossible. Changes in the music industry did not limit her. The decline of record labels along with the rise of technology created an incredible opportunity for this “warrior-queen” to seize her territory and build her empire.

With five kids in tow, of course! 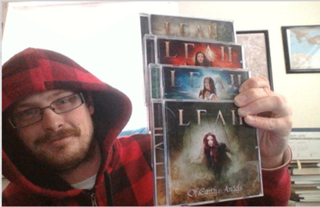 Every cd has its own sound, and is so fun/atmospheric/relaxing to listen to! Arrived quickly and unharmed in shipping. Easy to navigate online purchase. Really creative person who is very talented. Lost my child this year, but Leah's energy and music really inspired me to keep going. Very high quality in every way. Thanks for everything!

Today is a good day to start your Celtic Metal Collection.

Here are LEAH's most popular bundles! 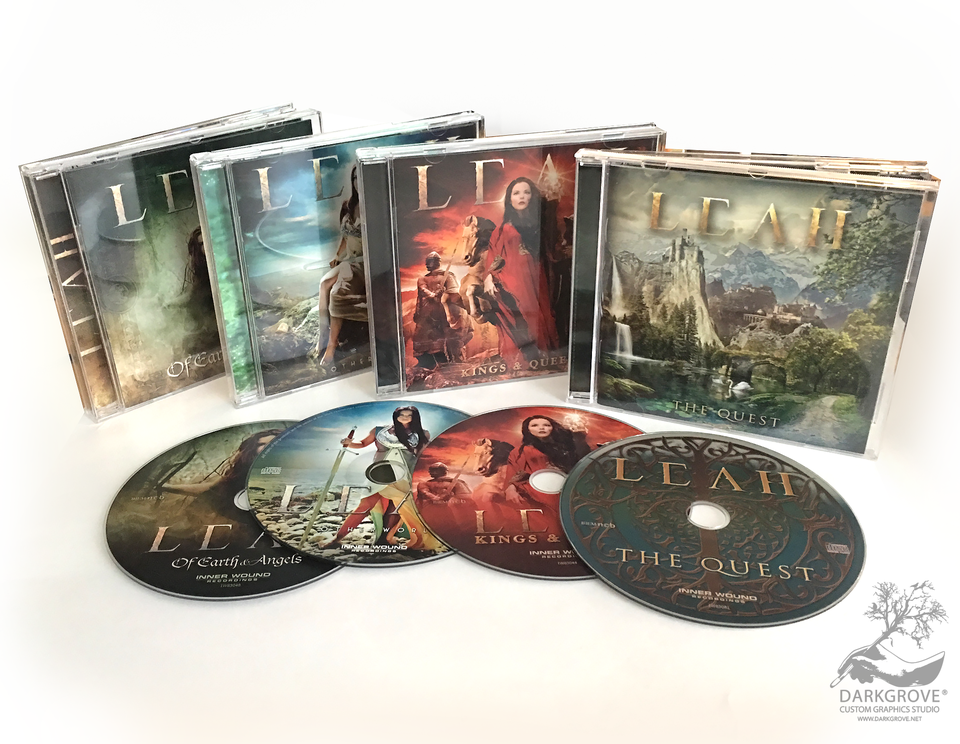 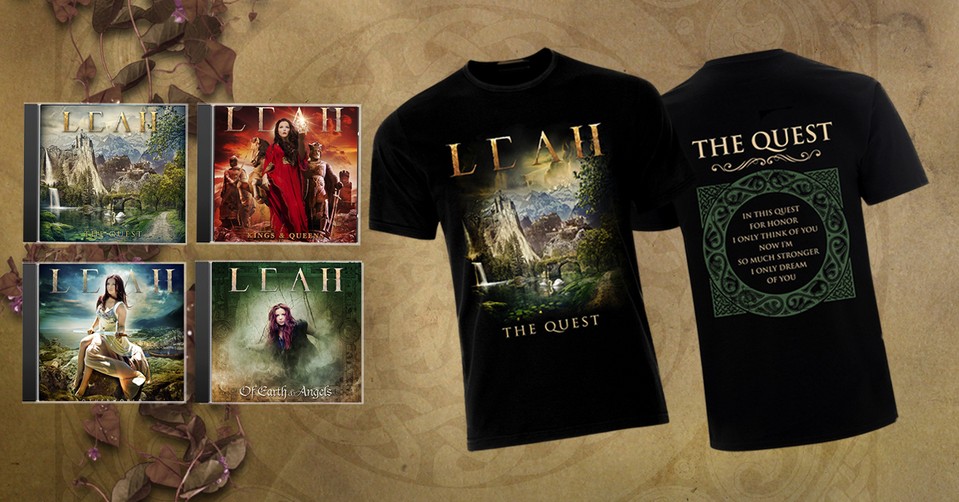 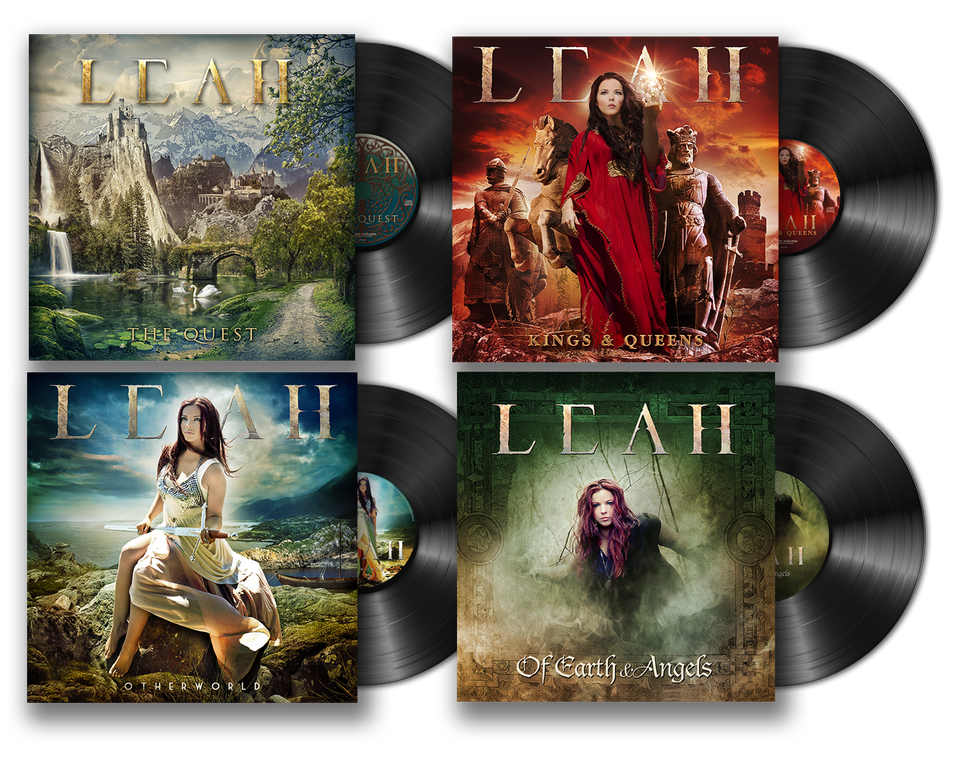